Carboxy Therapy for Skin Rejuvenation at Surface Clinic is a non-surgical cosmetic medicine treatment. Carboxy Therapy employs injections to infuse gaseous carbon dioxide below the skin into the subcutaneous tissue through a needle. It claims to kill fat cells, stimulate blood flow, improve the skin’s elasticity and reduce the appearance of cellulite. Carboxy Therapy is a procedure that uses carbon dioxide and claims to get rid of stretch marks, cellulite and scars, as well as plumping the skin. Micro injections of carbon dioxide are injected just beneath the surface of the skin. This is supposed to stimulate circulation and collagen production, which improves the appearance of skin. Ageing causes capillaries to become dormant, which reduces blood circulation. This deprives cells of oxygen which stops the cells’ ability to regenerate. Injecting carbon dioxide makes your body think there is an oxygen deficit and it responds by increasing the blood flow. This leads to a surge of oxygen and nutrients to the treated area, which results in cell restoration.

How does Carboxy Therapy work?
Carbon dioxide, the invisible, odourless gas that is part of the air we breathe, is injected just under the surface of the skin using a fine needle. According to many studies, it diffuses into the surrounding tissues and causes blood vessels to dilate. Wider vessels mean a stronger blood supply, which brings a rush of oxygen and nutrients to the treated area. Evidence shows the carbon dioxide kills fat cells by causing them to distend, the extra oxygen eliminates fluid build-up between cells, and the skin is stimulated to produce more collagen. The result is fewer fat cells and firmer, younger skin. Medical studies have long shown carbon dioxide stimulates circulation.

Does Carboxy Therapy hurt?
Each injection feels like a little pin prick, on a similar level of pain to electrolysis. 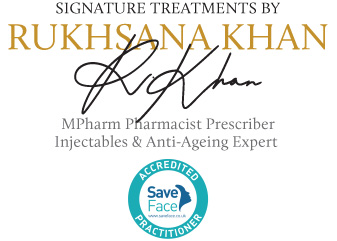 What are the benefits:

Visit our amazing clinics and feel the difference. Book your treatment or consultation at:

51 Bingley Road, Saltaire, Bradford, BD18 4SB We are open from Monday to Saturday.

Please note due to Covid-19 our opening times vary. We have reduced our treatment capacity to ensure client and staff safety. All visits to the clinic require an appointment.

Experience the difference at our lovely Saltaire Clinic which is situated in the heart of the World Heritage site of Saltaire.

243 Bradford Road, Riddlesden, Keighley, BD21 4AW We are open from Monday to Saturday.

Please note due to Covid-19 our opening times vary. We have reduced our treatment capacity to ensure client and staff safety. All visits to the clinic require an appointment.

Our new Riddlesden Clinic elevates the clinic and treatment experience to another level.